Physicians and Alternative Methods of Treatment: Do They Go Together?

In August 2001, Sylvia Millecam died of breast cancer at the age of 45.

Millecam was a famous Dutch comedienne and had been voted the most popular woman in the Netherlands many times. Her death came all the more as a shock when it was revealed that her chances of recovery were good in the early stages of her illness. At the start of her illness in 1999, more than 30(!) different physicians – the majority of whom were alternative practitioners – were involved in treating her. Many of the practitioners, including a Dutch faith healer known by her stage name ‘Jomanda’, repudiated the diagnosis of breast cancer. They referred to a ‘bacterial infection’, ‘fibrositis’ or a ‘reaction to silicone breast implants’. These ‘therapists’ then provided her treatments such as salt therapy, electro-acupuncture and magnetic field therapies. These all failed to produce results, resulting in a medical event and death which an oncologist described as ‘mediaeval’.

In August 2001, Sylvia Millecam died of breast cancer at the age of 45. Millecam was a famous Dutch comedienne and had
been voted the most popular woman in the Netherlands many times. Her death came all the more as a shock when it was revealed
that her chances of recovery were good in the early stages of her illness. At the start of her illness in 1999, more than 30(!) differ-
ent physicians – the majority of whom were alternative practitioners – were involved in treating her. Many of the practitioners, in-
cluding a Dutch faith healer known by her stage name ‘Jomanda’, repudiated the diagnosis of breast cancer. They referred to a
‘bacterial infection’, ‘fibrositis’ or a ‘reaction to silicone breast implants’. These ‘therapists’ then provided her treatments such
as salt therapy, electro-acupuncture and magnetic field therapies. These all failed to produce results, resulting in a medical event
and death which an oncologist described as ‘mediaeval’.
What made the case more complicated was that Millecam rejected conventional treatment comprising surgery and chemo-
therapy from the start of her illness.She had observed the side effects of chemotherapy among her circle of friends and she herself
wanted to avoid this. A second salient detail is that a number of the alternative practitio-
ners were also doctors. Their title of Doctor
of Medicine instilled in Millecam trust in
the alternative treatment. ‘He is a doctor, so
it should be fine,’ was the way she looked
at it.
The Netherlands Healthcare Inspectorate,
an organisation associated with the Minis-
try of Health which supervises the quality
of health care, conducted an extensive in-
vestigation into the course of events sur-
rounding her treatment and published an
exceptionally detailed report (IGZ 2004),
which incidentally raises a number of in-
teresting privacy concerns. Three doctors
were called to account by the Disciplin-
ary Committee for the Healthcare Sector,
which assesses the professional competence
of physicians. Following an appeal, two of
the physicians permanently lost their title
‘Doctor of Medicine’. A third physician was
suspended for one year.
Apart from the Disciplinary Commit-
tee, the case was also handled by the Pub-
lic Prosecution Service, which found that
criminal errors had also been made as well
as medical and professional errors by the
practitioners treating Millecam. Following
countless legal proceedings, in December
2010 two doctors were sentenced to three
and six-week suspended prison sentences.
The court found sentencing advisable ‘in
view of the seriousness of the facts and the
consequences thereof, and in view of the
importance of marking standards, not only
by means of adjudication but also through
punishment’. Faith healer Jomanda, howev-
er, was acquitted because the court deemed
that it had not been proven that she had
dissuaded Millecam from undergoing con-
ventional care, nor had she left Millecam in
a helpless state.

Freedom of choice
Sylvia Millecam’s tragic death created a great
deal of social unrest in the Netherlands and
spurred social debate that continues to this
day. Her death provoked a turning point
in the debate about alternative and con-
ventional medicine. Since that time, it has
in fact become clear that the often-heard
words ‘it doesn’t hurt to try’no longer holds
true. Alternative methods of treatments can
actually inflict harm, simply because of the
fact that they may cause patients to miss out
on meaningful conventional treatments, or
they could delay the start of such treatment.
Numerous people have therefore become
more critical of alternative practitioners.
Following the disciplinary and criminal
court judgements, an important standards
and legal framework was developed for the
acts of alternative practitioners. Yet these
judgements have not curtailed a patient’s
right of self-determination in choosing his
or her own healthcare provider: after all,
patients will always retain leeway to ap-
proach an alternative practitioner. But the
leeway for alternative practitioners, both
physicians and non-physicians, has been
more clearly defined: they must inform
patients correctly about the effectiveness
of their treatment and distinguish clearly
between conventional and alternative treat-
ments. Practitioners are also not permitted
to blindly concur/agree if the patient refuses
to face the facts. If the patient clings to an
illusion, practitioners must endeavour to re-
fute the illusion and point out to the patient
the importance and necessity of undergo-
ing conventional treatment. If need be, the
practitioner should sever the treatment rela-
tionship. The refusal of patients to undergo
conventional treatment does not grant al-
ternative practitioners a licence to practise.
The reason primarily being the vulnerability
of patients suffering from a life-threatening
disease.The position of such patients makes
them grasp at straws all too easily.The court
stated in its judgement that ‘freedom of
choice no longer applies in such a vulner-
able situation’.
The Millecam case raises a number of im-
portant questions, i.e. how much leeway
do physicians still have in diverging from
the professional standard, and what should
physicians do with patients who reject con-
ventional medicine? Partly prompted by the
Millecam case, the Royal Dutch Medical
Association published guidelines in 2008
which were preceded by substantial debate
in the medical profession.

What are alternative and
complementary treatments?

The terms ‘alternative treatments’ and ‘com-
plementary treatments’ are catch phrases,
covering over three hundred different meth-
ods of treatments. A number of these meth-
ods of treatment claim to employ a ‘holistic
concept of mankind’,which revolves around
the patient as a whole rather than the spe-
cific illness. Other methods of treatment,
such as chiropraxy, place less emphasis on
this aspect. Some forms of treatment, such
as bioresonance therapy, acupuncture and
homeopathy, conflict with empiricism, the
biological principles or the laws of physics.
Homeopathy,for instance,assumes that wa-
ter has a ‘memory’which is capable of spur-
ring the body to self-heal. Many alternative
treatments are based on various, conflicting
effectiveness principles. Homeopathy, for
example, assumes extreme dilution, while
orthomolecular medicine in fact uses high
dosages of vitamins and dietary supple-
ments. Some forms of treatment are harm-
less from a medical point of view, such as
homeopathy, which is chemically identical
to the solvent, generally water or alcohol.
Other forms of treatment, such as chelation
therapy or herbal therapy, may cause life-
threatening complications, or interfere with
regular treatments, such as anti-conception
or chemotherapy. Many alternative forms
of treatment lay claim to an aura of ‘natu-
ralness’, even though a description of what
this means is rarely given.All things consid-
ered, alternative or complementary forms of
treatment do not have much in common –
except that there is no scientific proof of
their effectiveness, and for that reason they
are not accepted by conventional medicine.
The main difference between conventional
and alternative forms of treatment is that
conventional medicine seeks to work in line
with the requirements of evidence-based
medicine (EBM). This implies that physi-
cians are guided by the state of the art in
medical science, combined with their clini-
cal expertise, including taking account of
the patient’s expectations, wishes and ex-
periences. Many alternative practitioners
claim that their forms of treatment cannot
be scientifically substantiated because they
work in accordance with a ‘different para-
digm’ or because each patient is different,
and for that reason randomised trials can-
not be conducted. In recent years this line
of reasoning seems to be waning, and alter-
native practitioners are similarly claiming to
employ evidence-based working methods,
and referring to ‘evidence-based comple-
mentary and alternative medicine’ (EBM-
CAM). Despite the purported scientific
proof thereof, alternative practitioners gen-
erally attribute the fact that these forms of
treatment do not belong to conventional
medicine, to ‘conservatism’ or ‘pharmaceuti-
cal industry interests’. 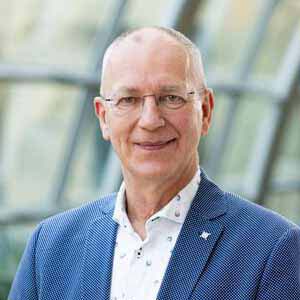